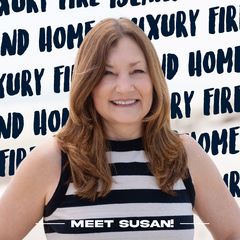 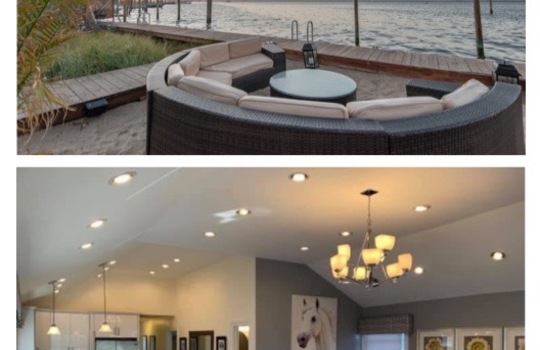 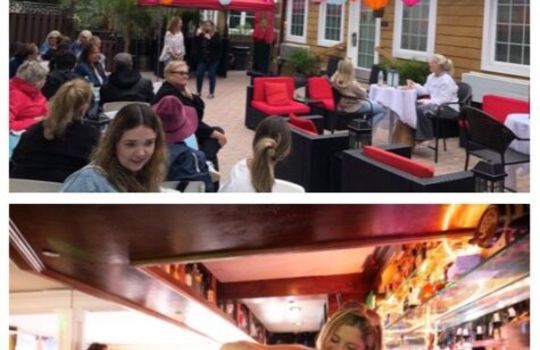 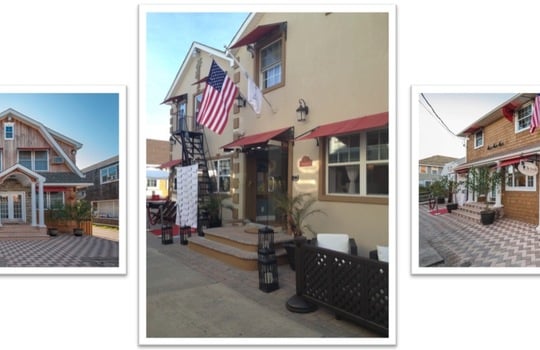 RESTORED NOT RAZED: RETAINING THE CHARM OF EARLY 20TH CENTURY ARCHITECTURE OF OCEAN BEACH, THE PALMS HOTEL FIRE ISLAND ENSEMBLE INCLUDES THE PALMS BUNGALOWS, A ROOMING HOUSE FORMERLY OWNED BY GEORGE AND LUCILE STRETCH; THE PALMS HOTEL’S FLAGSHIP BUILDING IN THE HEART OF DOWNTOWN OB, AND THE PALMS EAST, OFFERING A PRIVATE MARINA.

By Hannah Flynn ~ As many Fire Island frequenters know, stepping off the Fire Island Ferries brings an overwhelming sense of peace and relaxation. It’s almost as if all stresses and worries float away in the Great South Bay and visitors enter into paradise. This same feeling passes over you again as you enter into The Palms Hotel Fire Island in Ocean Beach.

The Midtown Suite, with light blue walls, a beautiful kitchen and beachy décor all work together to create the perfect beach vibes. The Presidential Suite, designed specifically for romantic getaways, feels posh and luxurious upon entry. Each of the eight buildings that make up The Palms Hotel were designed with visitors’ interests in mind – even the artwork and stairwell banisters were carefully selected to appeal to differing age ranges and occasions people may book.

This is the vision of the Mercogliano family, who purchased the economy hotel formerly known as Jerry’s Rooms in 2004. After a full renovation, The Palms officially debuted on Memorial Day weekend in 2005. As time went on, the Mercoglianos acquired more properties to eventually assemble what The Palms Hotel is today, always making a point to renovate properties instead of raze them, keeping the architectural charm and character of their franchise intact.

Celebrating its 50th year in operation, CJ’s is open all year and has allowed the Mercoglianos to immerse themselves in the community and get to know other local business owners. The hotel and CJ’s operate together, as they “Realized that food and beverage is inextricably tied to hospitality.”

The Mercogliano’s realized that guests were looking for a true Fire Island experience, so they curated travel packages for The Palms, which elevated the hotel to a new level. In addition to free WiFi, complimentary breakfast catered by CJ’s, and Fire Island Coffee located in the main lobby of the hotel, The Palms provides bicycles, beach chairs, towels and umbrellas to guests. There are peddle boats, paddle boards, and kayaks available that are perfect for those with a love of the beach and the water.

The Palms also hosts a multitude of events ranging from movie nights with complimentary popcorn in the courtyard, to rose petal and champagne turn downs, to wedding ceremonies and receptions. The event team handles any specific requests that guests make prior to arrival on Fire Island so that guests don’t need to worry, or even lift a finger on vacation.

The versatility and the hospitality that The Palms Hotel brings to Ocean Beach is unmatched. With a texting system set in place, guests can text that they need towels sent to their room, for example, and every staff member on-duty is notified. This helps the operation run smoothly and keeps guests happy.

Now, 17 years after founding this enterprise, The Palms Hotel and CJ’s Restaurant and Bar are up for sale. “We feel that we have fulfilled our vision of The Palms and nurtured its development,” Laura Mercogliano stated. “We assembled property as they became available to create a well-rounded experience and we feel that it is time to pass the baton to another entity.”

“It is truly a machine that the couple has created, and there is no other place like it over on the island,” said Sabena Arora, principal and founder of Acadia Lodging Brokers and Advisors. “It’s a unique asset. There’s very limited hotel supply on Fire Island, and the capacity to build and develop on Fire Island is limited.”

Arora brings expertise to this sale with her specialization and background in the hotel industry and noted that she believes these properties to be “a hidden gem.” She will work alongside Alan Medvin and Abigail Medvin, two brokers at Fire Island Sales & Rentals who bring a local understanding to the sale.

BAYSIDE VIEWS AND THE PRESIDENTIAL SUITE: ATTENTION TO DETAIL HAS CULTIVATED THE PALMS HOTEL BRAND BOTH OUTSIDE AND IN.

“The Palms has brought a sense of hospitality that was not seen on Fire Island prior to its existence,” said Abigail Medvin. “They really upped the ante as far as hotels go, and now, a lot of the hotels have kind of followed suit and they’ve upgraded, I think as a result of competition with The Palms.”

The connection that The Palms has with CJ’s completes the whole package. “Imagine coming from another country and feeling the warm embrace of the local community in our historic u-shaped bar. It is the Cheers of Fire Island, where everyone knows your name,” said Laura reflectively.

Being a business owner on Fire Island helps bring a strong sense of community.

“We live among each other, we collaborate together, weather the storms together, lend supplies and share resources in a way that is unmatched elsewhere,” Laura continued. “When one is in trouble with a hardship, we all rally. We truly are a family.”

While the Mercoglianos will continue to live on Ocean Beach and pursue new business ventures, it is now time for someone new to join the family. With the listing price at $14 million, the Mercogliano’s believe that they have, “Conscientiously and pragmatically created a machine for local hospitality.” In fact, the establishment is so popular that 45 percent of reservations are made one year in advance.

As the sun has set on Fire Island for the summer, it will now set on The Palms and CJ’s, waiting for a new owner to take over.

The Palms Hotel and CJ’s Restaurant are both owned by the same parent company as Fire Island News.

Want to take a tour of this property?

Fill in your details and we will contact you to confirm a time.