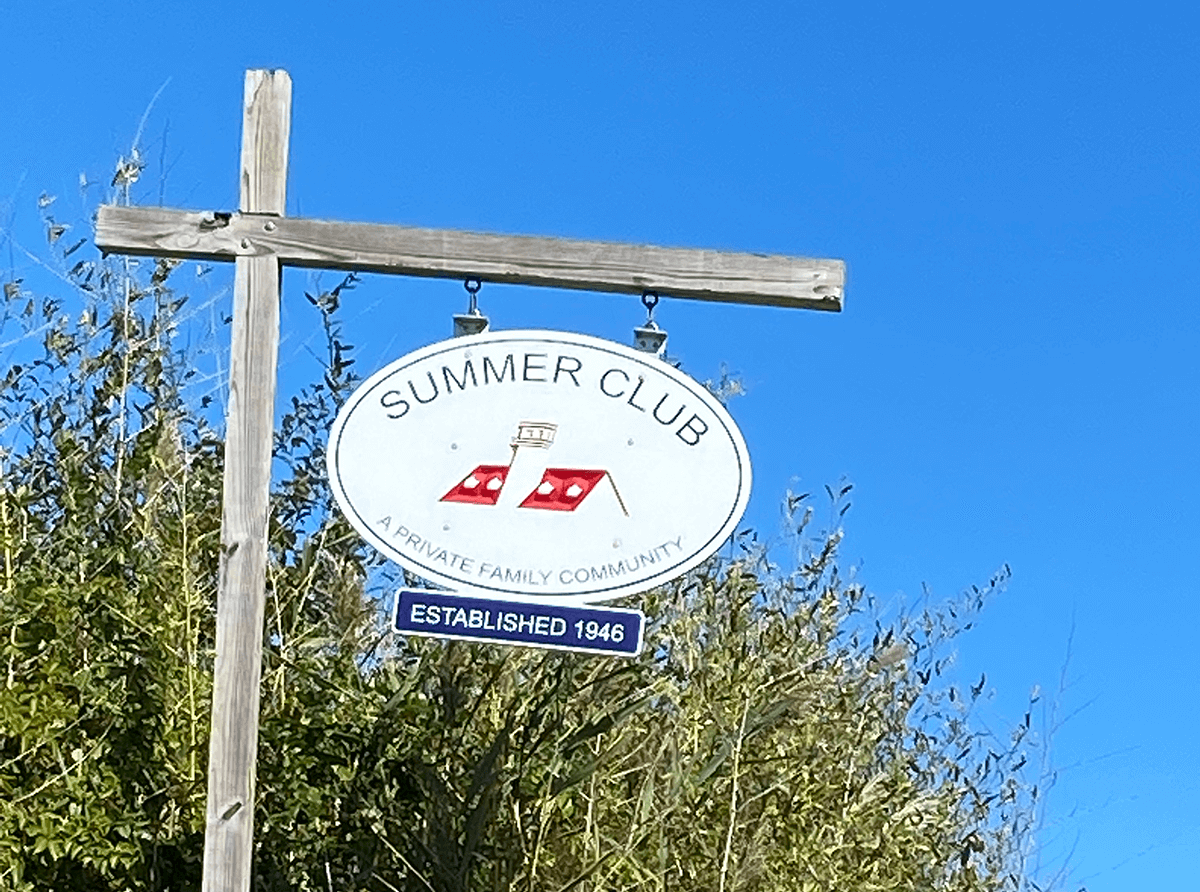 Summer Club is a private Fire Island community located just West of Ocean Beach that consists of 40 homes. Homes in this community are just a stone’s throw from the beachfront, and residents can also enjoy a clubhouse, tennis courts, and bay beach with moorings for boats. In addition to hosting social events throughout the season, the distinctive clubhouse also features a recently renovated gym.

The original name for the Fire Island Summer Club was the “Fire Island Beach Club”, which was incorporated in 1946. Its founders were members of the New York Athletic Club of New York City.

It borrowed the concept of 100-year leases so that the land was held in common while the houses were privately owned. The Fire Island Beach Club was later renamed Summer Club Fire Island, and ownership by-laws were changed to allow more direct ownership of property.

Life at the Summer Club revolves around a distinctive looking former Coast Guard station that now serves as its meeting and social center, but The Summer Club grounds are not the original location of this Fire Island lifesaving station.

The station was situated in the eastern part of Fire Island, an area known as Blue Point, near the community of Water Island. Fire Island Beach Club purchased the station for $3,500 in 1946 and floated it on a barge to its current location. At the time these stations, which were no longer in use, were considered surplus by the Federal Government and their private purchase was not an uncommon practice. It is said that one of the first public meetings among Fire Islanders organizing to combat Robert Moses plan for a highway through the center of the barrier beach took place at this station.

Summer Club is one of Fire Island’s most prestigious communities, and is privately owned. Residents of this family-oriented summer sanctuary have only a ten-minute walk to the excitement of Ocean Beach, and all of the amenities (yacht club, tennis court, beach and bay areas) are exclusive to residents, similarly to Point O’ Woods.

As far as luxury Fire Island homes go, you can’t get much more upscale than the Summer Club. The homes inn this two-clock community are cozy, and many also come with their own pools. This tiny village has just 2 streets, East Walk and West Walk.

There are no direct ferries to Fire Island Summer Club. Residents and visitors to the community must take the Ocean Beach ferry and proceed west on Midway past Corneille Estates.

Departing from Summer Club, you can easily take a fun trip to the Fire Island lighthouse.

The Island Mermaid in Ocean Beach offers a bar along with seafood and American dishes (vegan and gluten-free included). Want to order pizza? Town Pizza has some mouth-watering dishes that can be ordered as take-out or delivery. When you want to take the kids out for ice cream, Scoops is the place to go.