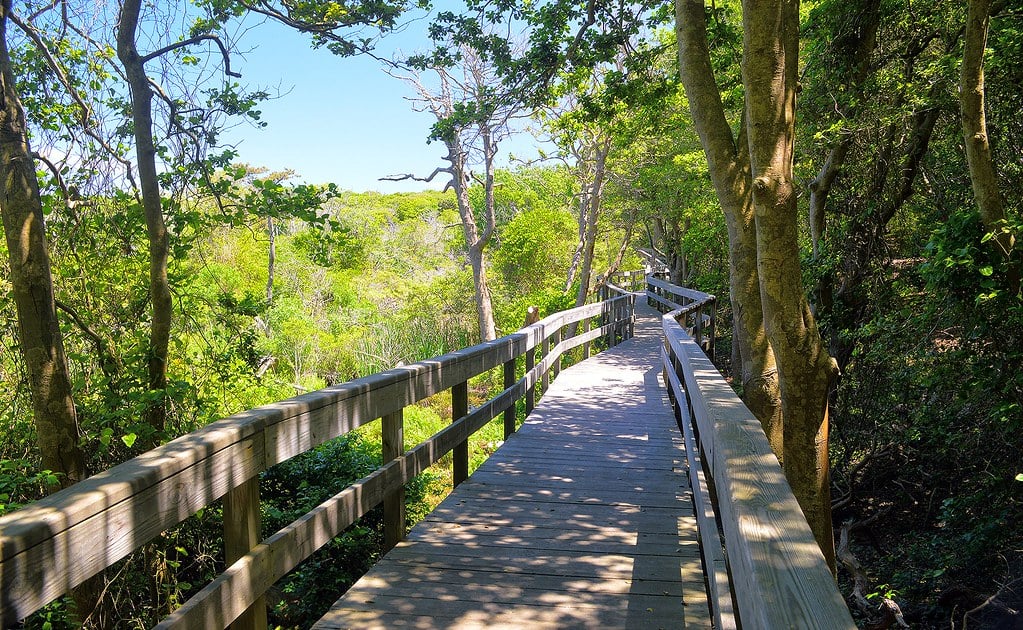 Fire Island’s Sunken Forest is a maritime holly forest situated behind well-established sand dunes. According to the New York Natural Heritage Program, the Sunken Forest is a “globally rare” natural phenomenon, as there are few of its kind throughout the world. 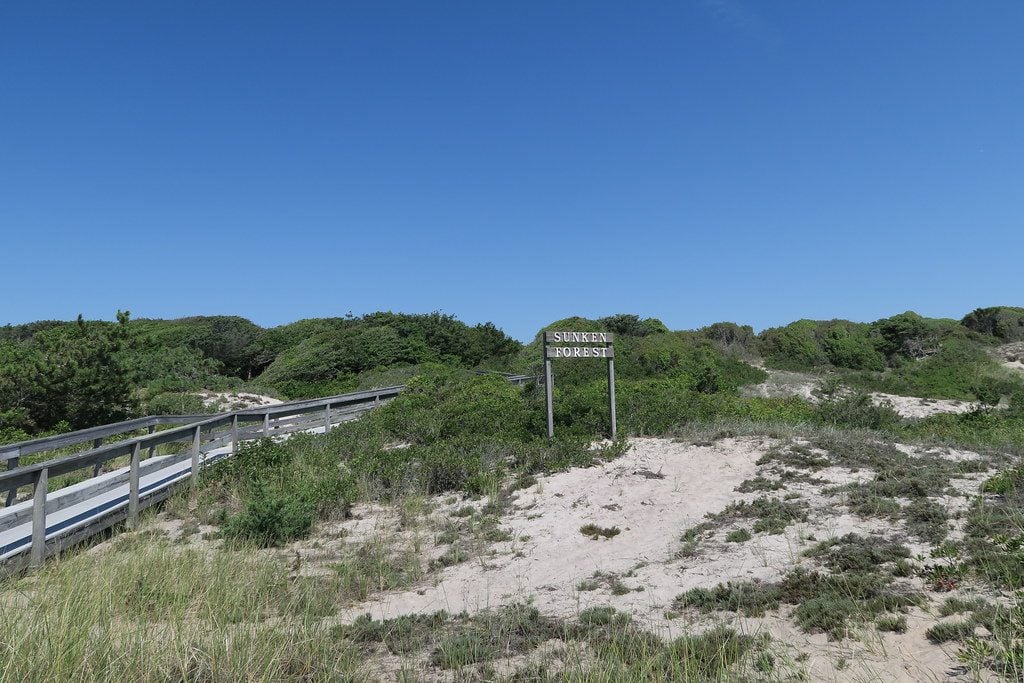 How the Sunken Forest Got Its Name

Fire Island’s Sunken Forest is inhabited by American holly, some of which are estimated to be up to 300 years old.

Other trees found in this forest include:

None of these trees can grow taller than the unique double dune system that protects them. The forest is literally sunken behind the dunes!

How the Sunken Forest Came to Be

The process of succession leading to a climax forest stage is estimated to have taken around 300 years in the case of Fire Island’s Sunken Forest.

Around 200 or 300 years ago, the site was barren and consisted of windblown sand. It was eventually invaded by seeds of dune plants, such as beach grass.

The next plants in succession were likely Woolly Beachheather and Seaside Goldenrod. These plants also helped stabilize the habitat by trapping blowing sand.

Since sand is void of nutrients, these plant species received their nourishment from the air, and wind-borne minerals from the land and sea.

As these plant communities became more established, they added their own respective organic material to the sand, which created increasingly diverse plant derivatives to flourish. The early pioneer species then disappeared or declined as species such as post oak, black cherry and highbush blueberry.

Over time, the black cherry-oak-blueberry-red cedar-pitch pine community was almost entirely replaced by the holly-sassafras-juneberry maritime forest. A core taken from one American holly in the mid-1970s indicated that it began to grow by about 1804.

In the early 1950s, a group of private citizens protected the Sunken Forest from development when a 50-acre tract of beach, dunes and ancient holly forest just east of Point O’Woods was cobbled together after a fundraising campaign by the Wildlife Preserves, Inc., and The Nature Conservancy.

In 1960, The Sunken Forest Sanctuary was officially dedicated as the Sunken Forest Preserve in 1960, and the commemorative plaque can still be seen along the western trail entrance.

In May 1966, the Sunken Forest Preserve, Inc. donated the property to the recently established (1964) Fire Island National Seashore, under the condition that the property shall always be maintained in its natural state and operated as a sanctuary, and that no public road or highway shall be built through it.

Sunken Forest – When to Visit?

From May through October, you can explore this rare habitat (when ferries run from Sayville to Sailors Haven). The rest of the year, it’s possible to walk along the boardwalk, but facilities and other services are not available during this time.